P!nk: All I Know So Far music video references and meanings

All I Know So Far Music Video New release P!nk

P!nk released her brand new single and its music video today. I still haven’t proceeded with what I saw in the music video. It contains a lot of references, there are a lot of meanings and THEY EVEN INVITED CHER!!! I mean, that’s such a big deal.

So I collected every potential thing that has references or meanings in the music video. Let me be honest, when I was watching the music video when it was premiered, I cried so hard. This music video is so beautiful (so the song is), and that ending is just everything. If you haven’t seen the new music video yet (which is quite impossible), watch it below:

So here we are, the first reference. Throwback to her R&B and M!ssundaztood era. Who are these men in suits? One of them is LA Reid who had control over P!nk at the beginning of her career. The other people are wealthy rich men, who tell you what to do because they have the money. She also did a reference in the lyrics, which is connected to her 2001 song “Don’t Let Me Get Me”.

In her M!ssundaztood era, she took back the control and from this point, she controlled her own career, she did what she wanted. She didn’t need wealthy rich men to make her a pop star.

“They can’t tell you to change who you are”

– from All I Know So Far

All you have to change is everything you are.”

See the knives as symbols referring to criticisms, hate, negative opinions. They just hit her back and they only slow her down. Her body is too strong. Her hair is short. She’s not like the others. What’s then? She immediately gets strong and turns her face to the knives, and from then the knives won’t hit her. She’s strong. Her outfit also refers to the What About Us BRIT Awards live performance.

This is crazy and insane!!! They invited Cher to be in the music video!!! I still can’t believe it. It’s just simply iconic. And also Cher is P!nk’s huge favorite. She inspired P!nk in many ways.

If you didn’t know this fact, Cher’s nickname is “Goddess of Pop”, so she literally symbolizes the Goddess of Pop.

Also, P!nk got the So What flying while performing idea from Cher, and in the music video they made her mouth sing “And even I can’t teach you how to fly”

Ah, yes, you got that moment? 3 years ago P!nk was caught on camera spitting out a throat lozenge just seconds before her show-stopping Super Bowl performance.

So the house she was living in is on fire, but also there’s an American flag painted on its walls. It could have a deeper meaning. America is just like a house, and it’s on fire. It’s burning down. But it could also symbolize the house that was burned down in the Funhouse music video.

She also throws the teddy bear and it starts burning, just like in the Funhouse music video.

In the music video, Carey Hart stands next to P!nk, he wears the same outfit that he wore at the 2017 Vanguard Award.

In the music video, you can see P!nk struggling because of those who are wearing masks and not showing their faces, they’re aggressively trying to attack and hurt P!nk, and she tries to push them away. P!nk was always struggling with keyboard warriors, she hates them so much.

This car is also from the music video of 90 Days.

She wears the “We Can Do It” poster outfit, almost the same that she wore in the music video of Raise Your Glass. Also, in the new music video, she pushes a car meanwhile her kids and her husband in the car. She’s a woman. She can do it.

Yes. She drinks her own wine in the music video.

I think this new music video is her best one so far. Not even talking about the song. I think P!nk just made my new favorite song. When I first watched the music video, I WAS SHOCKED! And that ending is just mind-blowing, unbelievable. Many people say that it’s a reference from Terminator 2, but that’d be ridiculous. I think it’s just a reference literally to the lyrics: till the world blows up. Anyway, thank you for reading this article, and please love each other! Stop fighting each other, help each other, and change this world! – as P!nk said. 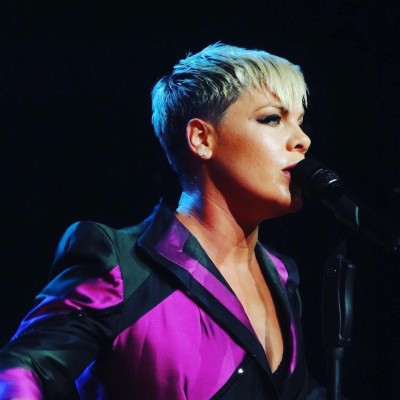 P!nk: All I Know So Far music video references and meanings

Has P!nk forgotten her 20th anniversary?